Hot winds battered trees on 2nd and 3rd January, and this Lipstick Acer that had been doctored previously, split again, leaving an ugly no longer viable tree. We will replaced it in autumn. Six and a half years old, the mass of green from our bedroom window will be missed, but at least there are some other things growing

We were lucky to avoid bush-fires, as they were close by at Hastings, where we go to the library. Fortunately no houses were lost, but tree, fences and animals were not so lucky.

Shall include a few photos of our tree from the bedroom window after it’s last mishap. 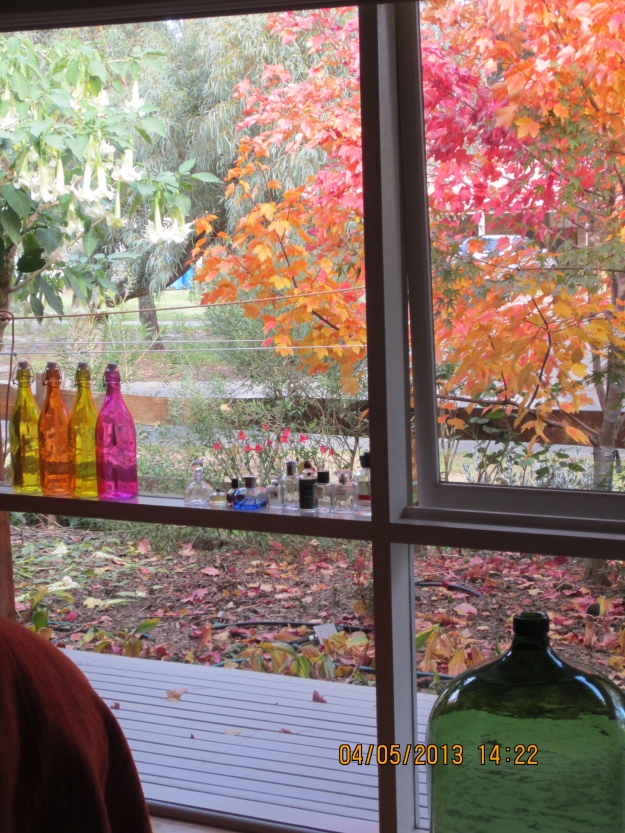 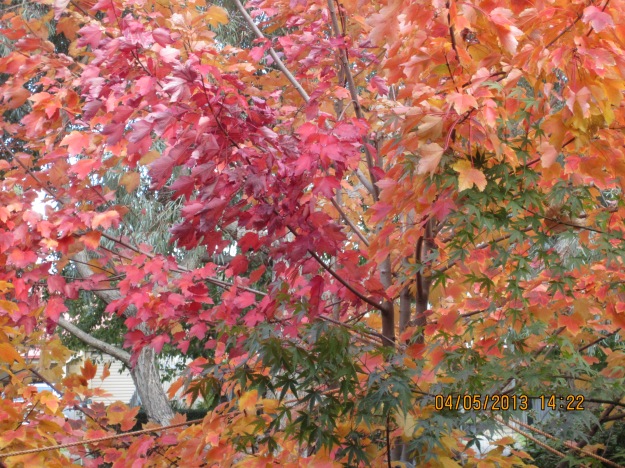 View minus full Acer. Alstoemeria lie cut after their spring flowering, but will return for an autumn show. Lily of the Valley are in the foreground having given of their best for spring. Grevilleas and Correas are dependable natives filling gaps. The Brugmansia, (Angel’s Trumpet tree), looks a bit worse for wear after the heat..