Having no sense of direction, I have been lost many times. The most memorable and distressing experience was in the 1960s when I was in my early 20s.

Umberto met me at the airport and took me to the university, where he’d begun another course. He decided to ride his bike and I was to follow him driving our NSU, two cylinder, Prinz car to our new home. Stupidly I didn’t ask for the address…

Following a bicycle isn’t the easiest thing in a large city. At one point, with the bike out of sight, I made a left turn. I’d been madly looking about not realizing I was turning into a road facing five lanes of traffic coming my way. As I turned I saw Bert cycling calmly over the bridge in the opposite direction. The policeman in the box was more amazed at my foolishness and did nothing, as I did a U-turn in front of the oncoming traffic. Unharmed, what a miracle!

When I finally drove over the bridge there was no bicycle to be seen. I drove on and eventually stopped in a street and let out those tears of humiliation and frustration. I just sat there and cried.

In those days there were no mobile phones, not even a telephone at the flat we were renting. There was no way of contacting him. Umberto suffered from bi-polar and we had very different logic.

Eventually he turned up on the bike. How he found me I have no idea, but it ended as happily as that episode could be expected to end. 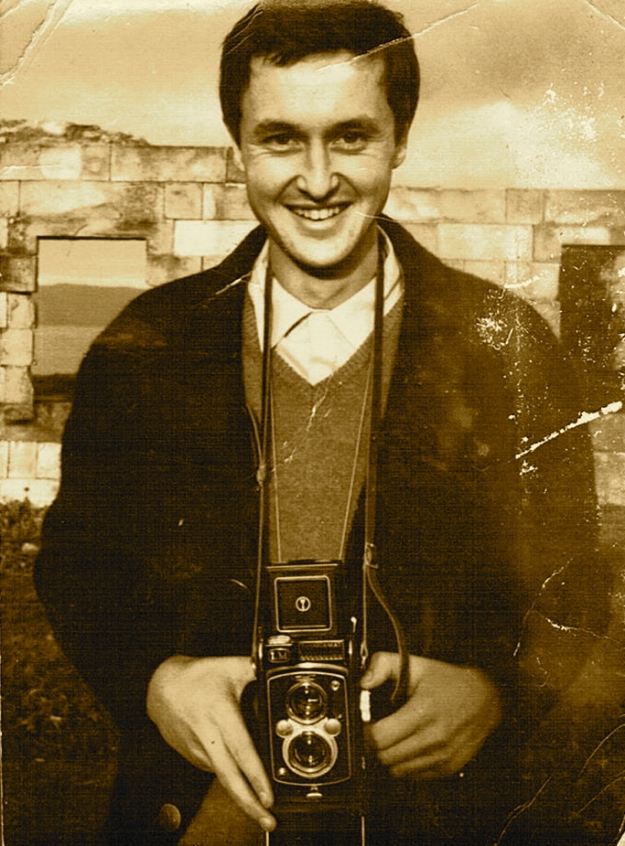 Post Script: I am taking some time off from blogging. I have the grand children to stay and then I hope to follow through with yesterday’s post and attempt to do some illustration. I will be back one day to let you know how that goes.

I appreciate all of you and thank you to those who have wished me well. I will be back… I hope.

Wrong Turns: When was the last time you got lost? Was it an enjoyable, or a stressful one? Tell us about it. Ben Huberman